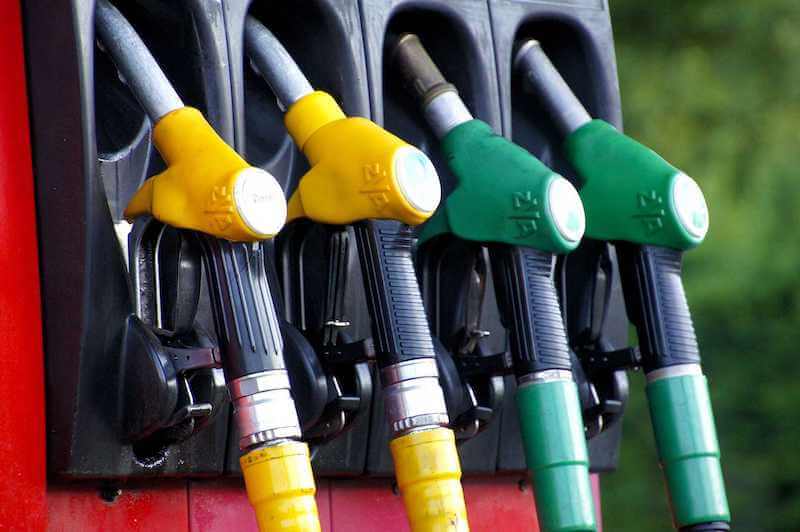 I spent thirty years as a materials engineer with DuPont, specializing in corrosion, linings and coatings. In 1968 I first observed a little-known phenomenon called microbiologically influenced corrosion, or MIC. I was fascinated by this destruction of metals and alloys by bacteria, and spent the rest of my DuPont career learning about how bacteria and other microorganisms interact in different environments. I have collaborated with researchers at universities worldwide, learning not only about bacteria, but also about biofouling, or the buildup of slime masses as a natural habitat for bacteria and fungi (yeasts and molds). Tugboat fleets, ocean going vessels, agricultural equipment and virtually all of our commercial trucking depend on diesel fuel. There is a great deal of damage and expense from the effects of corrosion, biofouling and sludge build up such as premature cleaning of fuel injectors, replacing plugged fuel filters and sludge removal/disposal….not to mention very aggravating. Over the last 20 years, I have been confronted with many misconceptions, or myths about diesel fuel and the effects of bacteria and corrosion. The following are among the most prevalent, and are, unfortunately, being marketed as TRUTHS (knowingly and unknowingly) by Fuel Additive and Fuel Polishing companies.

MYTH 1: Clean Fuel is ALL that is Needed

It is true that “clean” fuel is the ideal starting point. However, many problems can impact fuel that is refinery “clean”, the most critical being water. Contamination, including water intrusion, can (and does) happen in transport, in storage tanks and in vehicle and equipment tanks. No matter the source of contamination, it will adversely impact your fuel system. We frankly live and share a world where it is impossible to avoid multiple sources of possible contaminants including the bacteria that thrive in water contaminated fuel systems. Even high-turnover tanks (e.g., a filling or more per day) will not escape formation of sludge and eventual pitting corrosion.

MYTH 2: Our Vehicles/Equipment Are New – No Need to TREAT

The age of vehicles/equipment is not the issue; it is rather what vehicles and equipment are exposed to that matters. We often go to great lengths to protect the outside of new vehicles and equipment but forget that the “insides” are exposed to fuel, air and lubricants that may have adverse impacts. The critical components in a fuel system will react to whatever is introduced into the system irrespective of … age!

MYTH 3: Biocides = No bugs and no sludge

Biocides have no effect on and will not eliminate the sludge problem. Biocides kill bacteria, that’s all! The fuel additives made by the many companies typically consist of complex ingredients that fall into three categories: dispersants (surfactants), corrosion inhibitors, and, in some cases, biocides. Conventional wisdom in this business says that you need to break up sludge so that a biocide can gain access to the "bugs" that are causing the problems, and that corrosion of steel tanks can be prevented by using any of several corrosion inhibitors that slow down corrosion in water. All of that makes sense on paper – but it has never really worked well in the real world. What we learned by years of trial and error is that slime forming bacteria (the kind that make sludge happen) are tough to treat with the above approach. They effectively hide from biocides - and can even turn some biocides into food! Even if the above approach worked well, bacteria in the environment tend to develop resistance to biocides over time. Those corrosion inhibitors that work against water don't necessarily work against water and corrosive bacteria.

MYTH 4: Polishing Fuel is the ANSWER!

Fuel polishing is most common in the marine industry and consists of a fuel filter/water separator. Fuel polishing systems must be capable of removing water, very fine particles (1-5 microns in size) and most importantly, moisture. There are numerous fuel filters which do an adequate job of removing water and particulates, however, unless they remove moisture, the microbes will continue to grow in the fuel tanks. Moreover, fuel must be polished regularly, typically multiple times monthly. In essence, polishing is a second filtration system that prevents or retards the fouling of the fuel system filters. What is overlooked, however, is that the polishing system becomes a second maintenance requirement. Some benefit is gained by filtering of the fuel but no monetary or maintenance gains are likely to be achieved; most important, polishing does not stop or eliminate sludge from forming since polishing ONLY treats the fuel, not the fuel system!

This is simply wrong! Sludge will form faster in biodiesel fuel. It appears that the methyl esters that comprise bio-diesel provide a richer habitat for bacteria. As a consequence, untreated biodiesel fuel may lead to earlier filter clogging and pitting corrosion.

MYTH 6: Unstable Fuel is the Problem – use Stabilizers

Fuel stability was a legitimate issue in high-sulfur diesel. Low-sulfur and ultra-low-sulfur fuels are almost always stable both in storage and when heated, and generally, therefore, do not need and do not benefit from use of stabilizer additives. The exception is when these fuels have been blended at a refinery or terminal with unstable fractions known as light cycle oils. This is a situation in which use of a stabilizer additive may be cost-justified.

MYTH 7: Corrosion is NOT an ISSUE

The presence of water in any fuel system is unavoidable and will corrode tanks, filter housings and injector nozzles and reduce fuel combustibility; the chemical composition of sludge further promotes pitting corrosion. Minimizing the opportunity for water intrusion is very important but the fact remains zero water content in a tank/fuel system is a practical impossibility.

MYTH 8: Kerosene is the Way to Solve Winter Related Problems

It is true that kerosene thins out fuel and will cause the product to flow at lower temperatures. Kerosene is a diluent only, thus, a minimum blend of 30 percent kerosene is normally required to reduce the pour point by 15 degrees; in the case of highly paraffinic oils, 50 to 60 percent blends are often recommended. The higher the kerosene content, the higher the cost of the winterized blend since kerosene costs significantly more per gallon (currently ~$0.30) than diesel (and, typically, tends to increase even more in cost as winter approaches). Inherent disadvantages with kerosene blends include a lowered cetane number in diesel fuels (and BTUs in heating oil), a reduction in lubricity and thereby adverse impacts on pumps and mechanical parts (especially critical in on-road diesel fuel since the low sulfur fuels already have less than ideal lubricity). Finally, although kerosene will reduce the temperature at which a fuel will begin to “wax out”, the interval between the first evidence (the Cloud Point), and the total congealing of the fuel (the Pour Point), will not change and will generally encompass only a ten degree range; moreover, kerosene will not prevent fuel line freeze-ups. For these reasons, kerosene is less than ideal for cold weather control.

Myth 9 : Alcohols are not a Problem

Some additives for diesel fuel contain alcohols, purportedly for the purpose of removing water from the tank. Alcohols in middle distillate fuels are a bad idea for several reasons.

1. Alcohol does not remove significant quantities of free water from fuel tanks. If you have a visible layer of water on the bottom of a fuel tank and you add alcohol, the alcohol will simply join the water and make a deeper layer of alcohol/water mixture. The same is true in gasoline, where so-called “Dry Gas” (isopropyl alcohol) has been used for years by car owners to supposedly prevent water buildup. If alcohols really did that, then our current gasohol should prevent any water buildup in gasoline tanks – and it does not.

3. Alcohols are often good “food” for bacteria and other troublesome microorganisms that produce sludge, cause pitting corrosion of tanks, and degrade fuels.

4. Alcohols can cause swelling and breakdown of gasket and seal materials commonly used in fuel systems.

5. Alcohols, and additives based on alcohols, are flammable liquids and therefore cannot legally be shipped by UPS or other common carriers without suitable hazmat labeling and packaging. Flammable liquids should also not be carried inside the cab of trucks unless they are accompanied by the required hazmat shipping papers, and then only in very small quantities. Some additive manufacturers simply ignore all of these issues and fail to alert their users about alcohol in their additives. Always look for the words, “Contains No Alcohol” on the product label. It is highly recommended that you avoid additives containing alcohol. If the label does not specifically say, “Contains No Alcohol,” ask the supplier about this before you buy the product. If you already have additives on hand and are concerned that they might contain alcohol, ask the manufacturer or read the MSDS for clues (alcohols are flammable and therefore should be listed on the MSDS among the hazardous ingredients.) 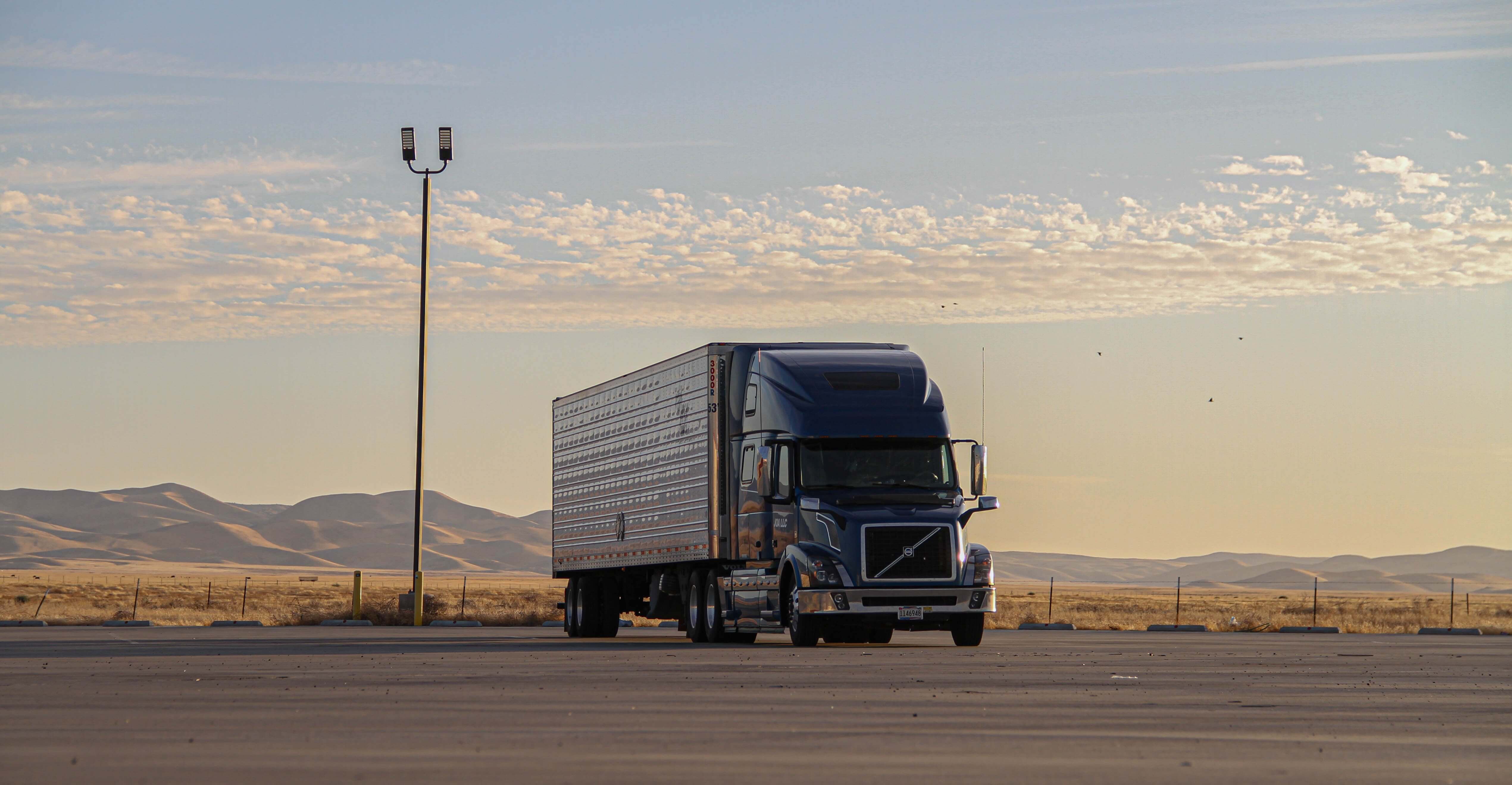 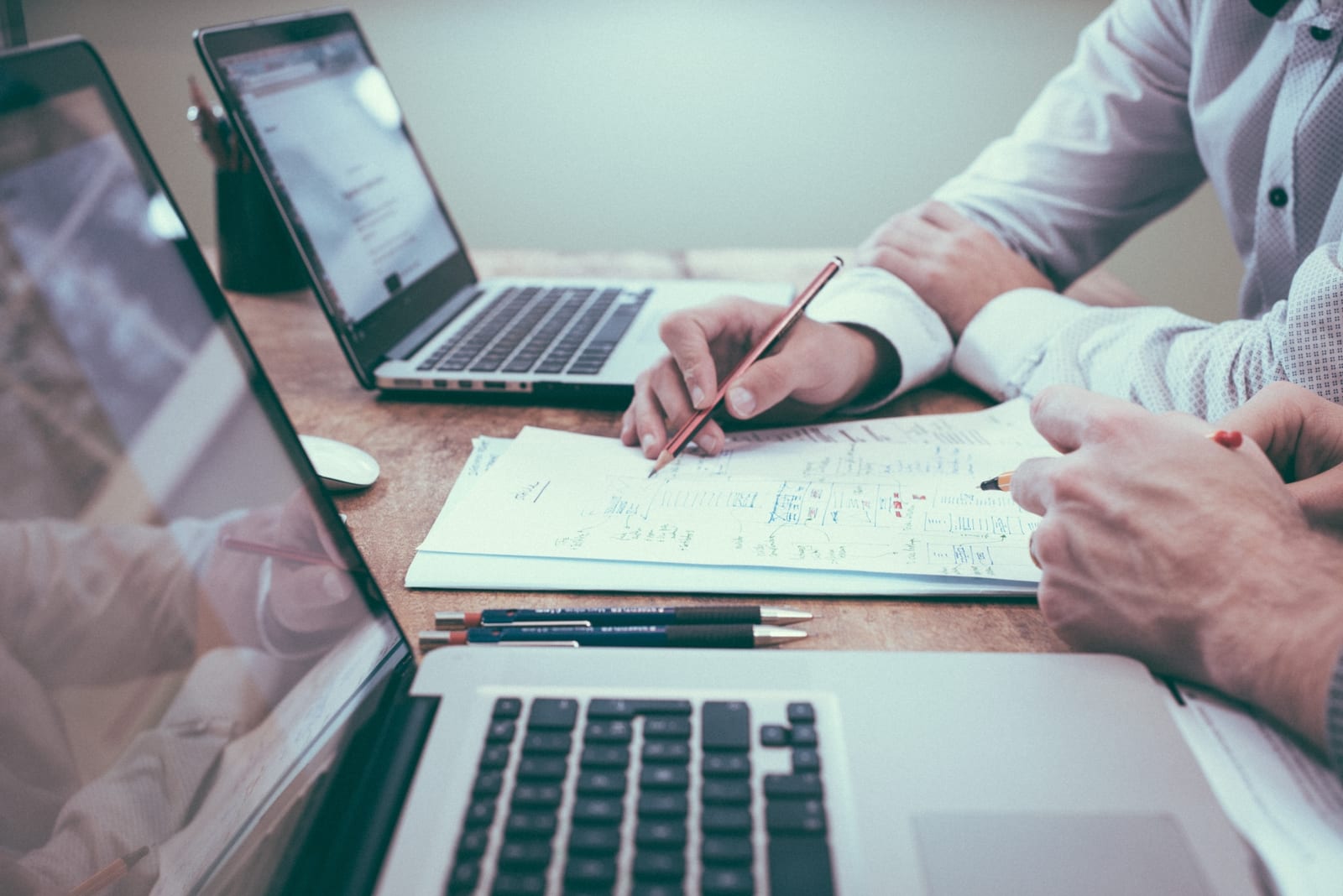 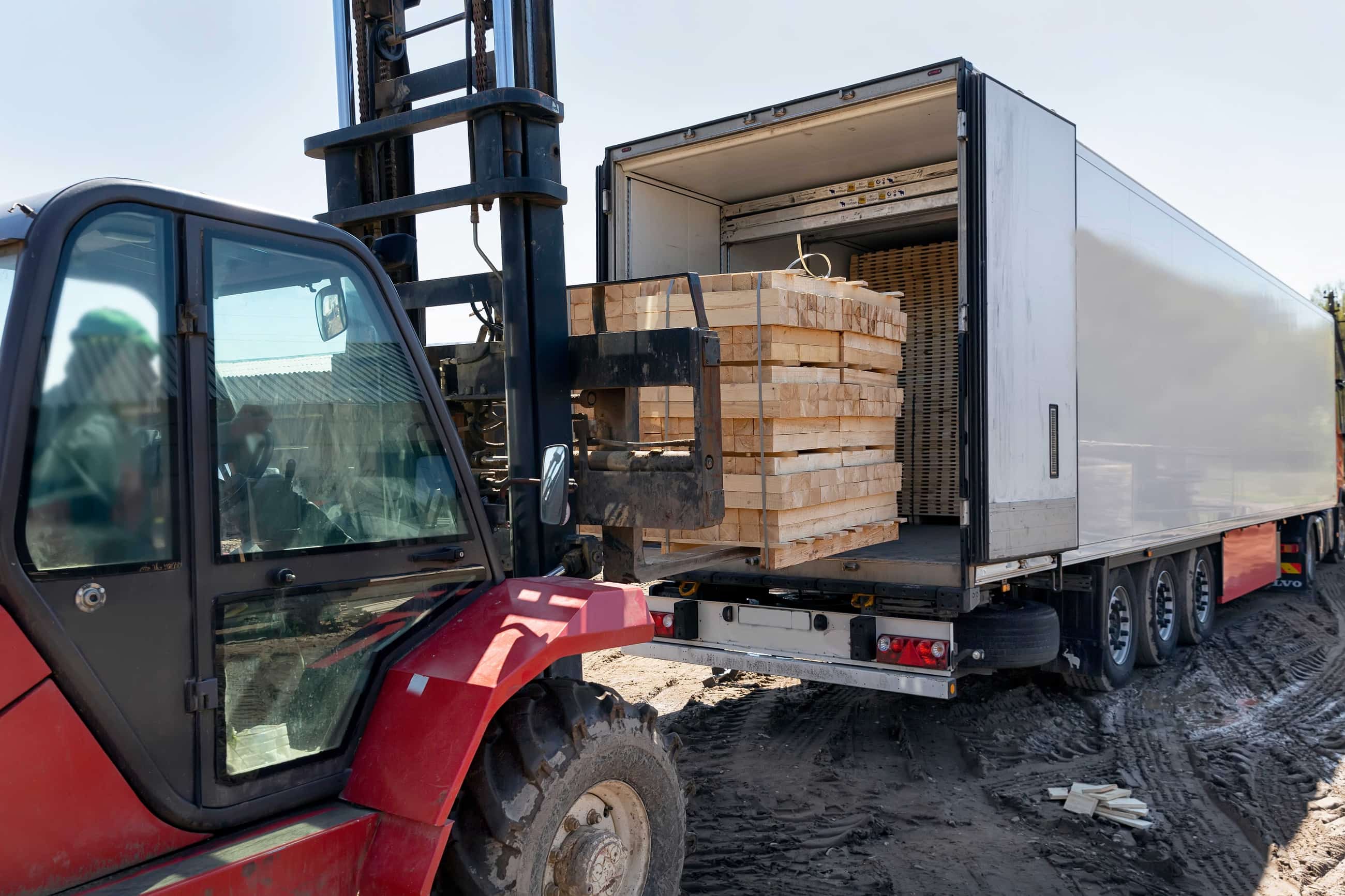